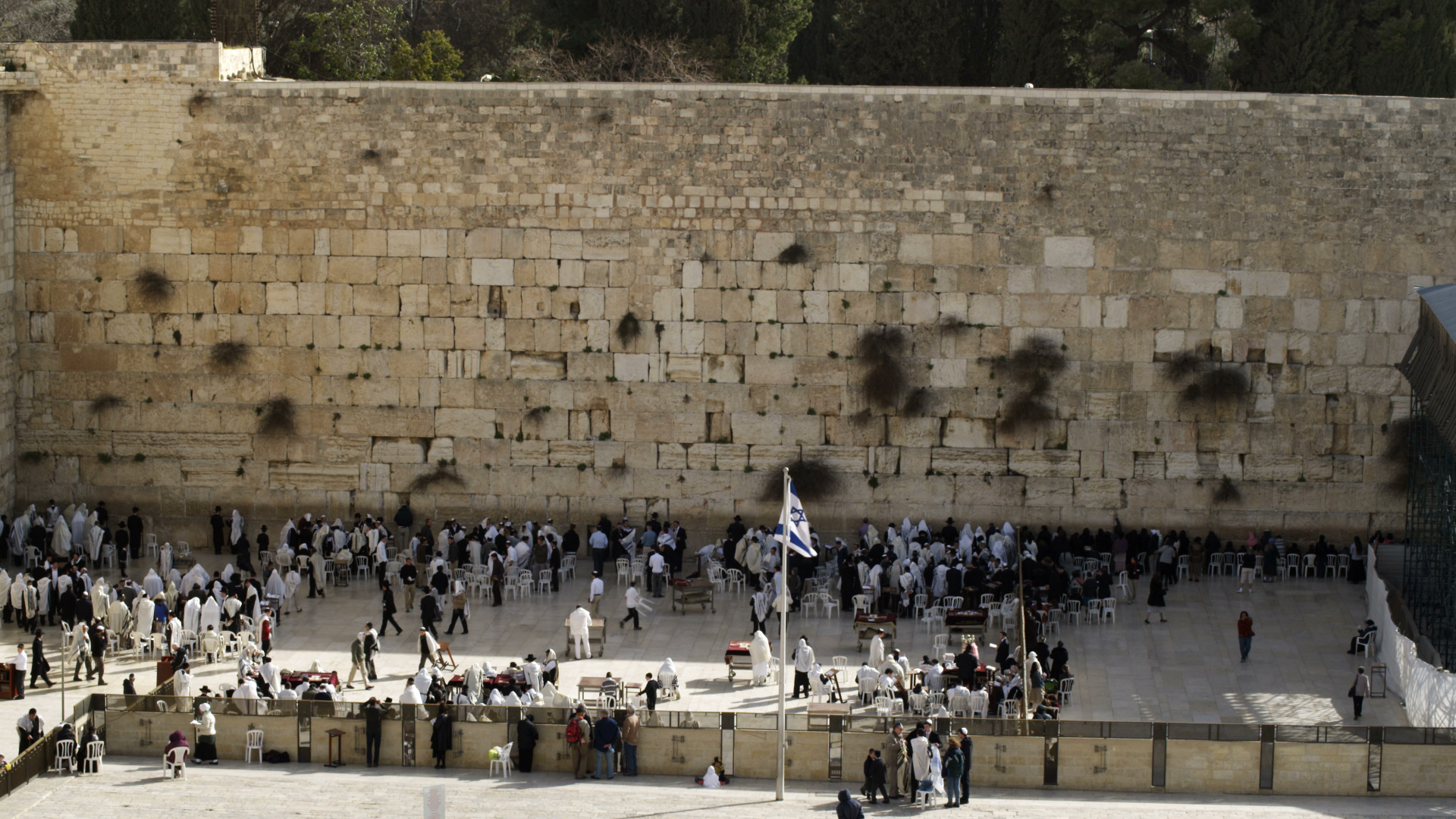 The division of male and female worship has always bothered me. In my way of thinking there is no separation between the male and the female in the eyes of God, if I was to give God eyes and human attributions. As I am a woman this lifetime, I entered the separate area for women to visit the Western Wall, or the Wailing Wall.

The term ‘Wailing Wall’ is a twentieth century term used by the British after their conquest in Jerusalem in 1917. After the six-day war in 1967 the term Western Wall came into use.”Wailing Wall” is not actually used in Hebrew, today it is known as the Kotel.

As I approached the wall I could feel the deep sorrow as well as the reverent worship. The Western Wall is considered the outer wall of the Temple Mount and not the actual wall of the Temple. I touched the wall and instantly the past returned. I heard the screams of agony and felt the pain and sorrow of all people, not just one faith, the many souls of centuries past as they lived through the horrors of desecration of their life and the hand of an oppressor.

The past became the present and I was back in that time period. I struggled to get back to the present. The world around me was spinning. I was drowning in the onslaught of the panic, the fear, and the searing pain. Then the silence that comes with death as you cross the abyss into the next world. The wind picked up and I was startled back to the present. I wasn’t dead, I was still standing at the wall.

I could not bear the onslaught of these emotions, and I turned and ran from the wall as fast as I could. The vision of the past encroached on the present. Once again I was in the streets of Jerusalem and out of the area of the Western Wall, I stood leaning against the nearest wall gasping for breath. The intense pain of suffering at the hands of others dominance and persecution ran through me and I struggled to come to the present time.

The Wall is a silent testimony to the never ending conflict even if there are peace ceremonies held in front of it. There is nothing more contradictory than talking about peace, signing agreements and then continuing the agenda for dominance and supremacy.

All sides are continuously at war with each other and the conflict is no different today than it was centuries ago. When is there ever a reconciliation? A tribute to the fact that we are the human race. No matter what our difference, male or female. Must we ever be divided by the different stories of what happened.

Each religion claims its territory. For what purpose? This does not make peace, it only divides us even further. I ran as fast as I could from the Western Wall, all I could hear was an echo inside:

Don’t look behind you or you will relive the horrors and never forget. Look to the present, in the now, today, in real time, make peace with the past. It shall not be here today again.